The Funnybooks crew gets on the mics to discuss this week’s big new releases, Superman: Villains, Strange Adventures, and Strange Academy, before starting CROSSOVER MARCH MADNESS, in which the boys start with 16 potential Marvel vs. DC crossovers, then start battling over which crossover they’d like to see the most! 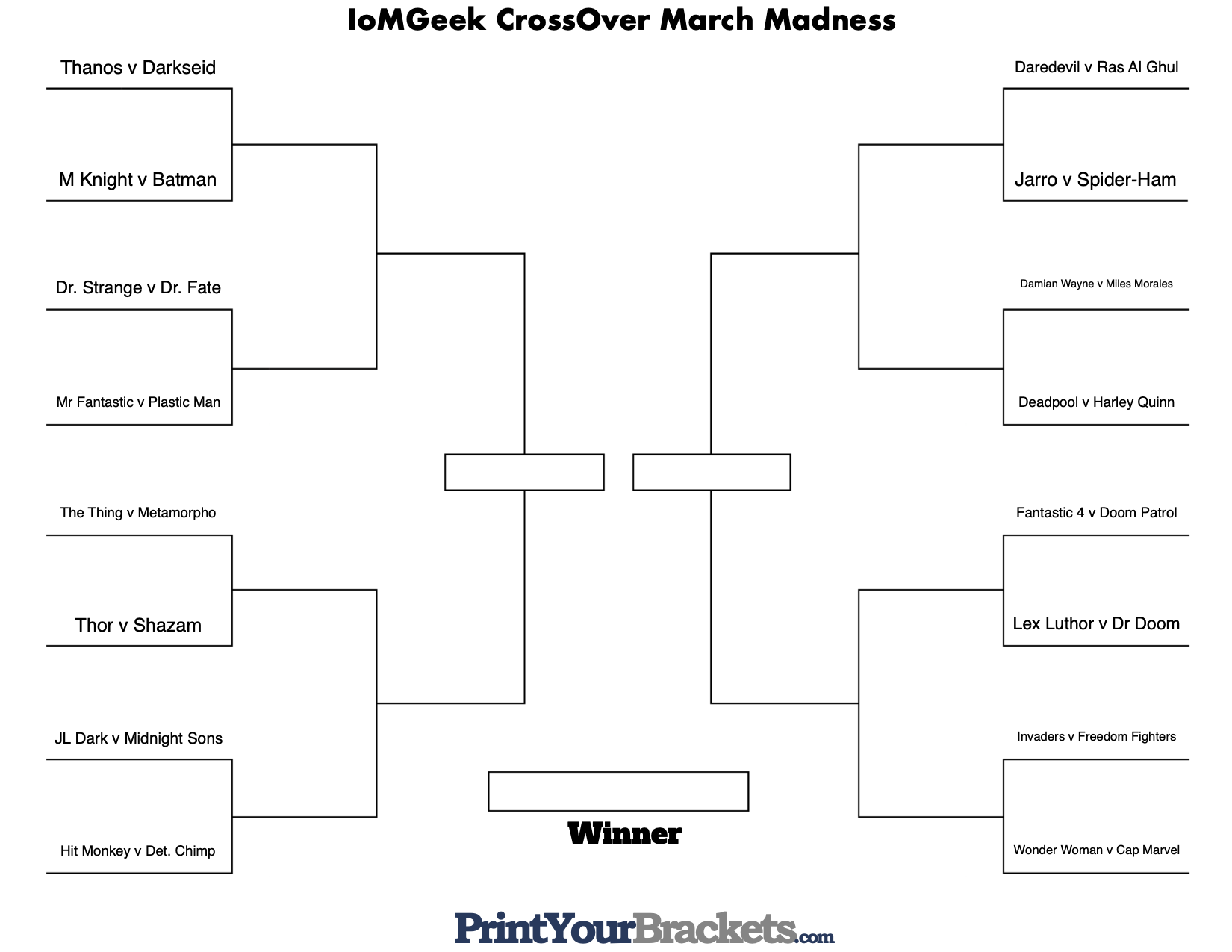