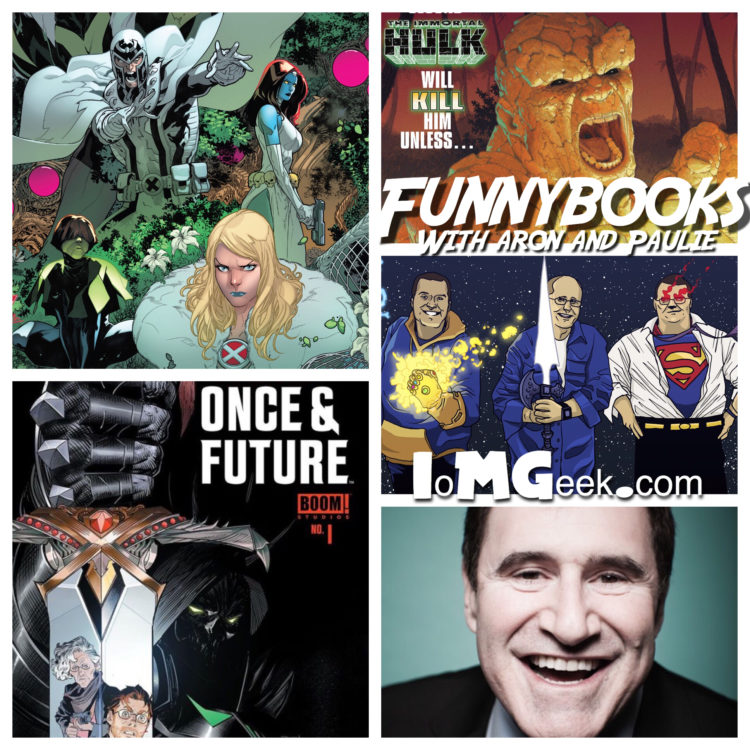 Sometimes Aron’s drunk when he podcasts.  It’s just a matter of fact.  So, it shouldn’t be too surprising to learn that when he’s speaking about Richard Kline in this episode, he is actually means Richard Kind.  He eventually gets it right. The guys also discuss Batman Universe, Titan’s Burning Rage, Fantastic Four, House of X […]