Today on the official Universal Orlando blog, the twisted minds behind Universal’s Halloween Horror Nights have unleashed new details about the terrifying original content coming to this year’s event. Now, all but one house has been revealed, including scare zones and shows, so let’s get caught up on all the details, shall we? Check out our thoughts in the video and article below! 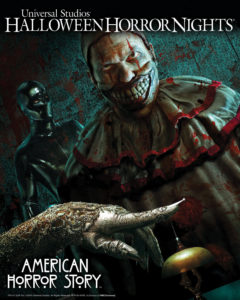 (updated 8/16) American Horror Story
Full details on the American Horror Story house can be found in our new article. We’re not the hugest AHS fans (and hope they leave season 5’s horrifying buggery out the house), but think that some of the interesting visuals from the show could translate well to a house.

Lunatics Playground 3D – You Won’t Stand A Chance
While Jack’s away, Chance has unleashed the horrors of her imagination. Her twisted delusions and reality are continuously blurred in a 3D playground of carnage. When the music box plays, the world shifts to her sinister theatre of the mind. But when the alarm starts ringing, Chance is thrown back into the brutal reality of her incarceration.

I’m of two minds on this announcement – HHN making Chance this year’s icon is one of the big selling points of HHN26 for me. On the flip side, I’m not the biggest fan of 3D houses. While I’ve certainly seen them done well, and done well by Universal Creative, I rarely find them actually scary. Also, the Shrek queue that they used for last year’s Asylum in Wonderland 3D house was a little awkward, and I’m assuming this’ll likely be in the same place. Still, this house being themed to Chance (and, given the asylum setting, likely to have some  fun easter eggs) still has me excited for it.

Ghost Town – The Curse of Lightning Gulch
When lightning strikes, the curse of Lightning Gulch comes to life and this ghostly town appears. These doomed souls—who once went searching for gold—found death and destruction. And now they seek others to join them. As thunder cracks, flashes of lightning will lead your way through this treacherous wild west nightmare. Good luck!

This sounds like a real passion house for the creative team from the blog post linked above, and I’ve always been a fan of mixing horror and westerns, so I’m really excited for this one. They’ve already released a number of photos from the house, so they’re pretty far along with it, and it’s looking darn good.

Tomb of the Ancients
An ancient evil has surfaced and immortal beings from the past have returned to rule mankind. It was only a matter of time until “The Ancient Ones” were unearthed. Now these makers of chaos are loose from the pits of hell—and the whole world will pay.

This seems like it’ll combine multiple mythologies (Asian, European, Egyptian) into one storyline. There’s been rumors of something Lovecraftian as part of this house as well, but no mention in the announcement. Regardless, this sounds like a well researched house, so hopefully the presentation is in such a way that we’ll get to appreciate all of that effort. 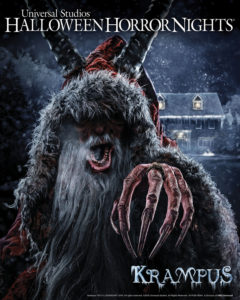 Krampus
Based on last year’s surprise box office hit, I remember watching Krampus in theaters and thinking, “wow, this would make a great HHN house.” Looks like they agree with me. Last year, ScareHouse in Pittsburgh put on a Krampus themed haunt that seemed pretty great. I’m sure some of that material made the transition here, as both involved participation from the director of the film. I’m not the biggest fan of the movie, but I do think, visually, it lends itself extremely well to being a standout house this year. 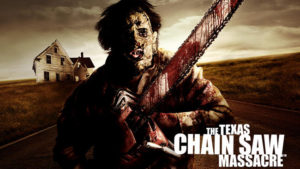 The Texas Chainsaw Massacre
I’ve seen TCM done twice now at Halloween Horror Nights (once in 2003’s All Night Die In and again in its own house at HHN17), and both times I’ve enjoyed their take on it (HHN17 was more influenced by the remake). You really can’t go wrong with Leatherface and tons of chainsaws, so while I’ve seen this done before, I do think it’ll be a good house. 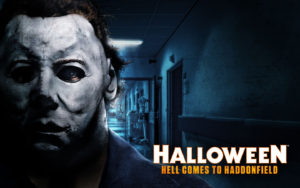 Halloween: Hell Comes to Haddonfield
If this is genuinely based on the pretty bad Halloween II (it seem to be, looking at the hospital in the background), then let’s hope it makes a better house than a movie. I enjoyed the previous Halloween house, as a huge fan of Michael Myers (he’s my favorite slasher), I just am not entirely sure what’s left to be done with him in a haunt that I haven’t already seen before. Still, it’s Michael Myer, and it doesn’t get more Halloween than that.

The Exorcist
Yeah, I don’t know about this one. The Exorcist is the scariest movie I’ve ever seen, but do I think it translates well to a haunted house experience? Maybe if this was one of those interacting haunt where you can stay in one room the entire time, but as a walkthrough I think this is an odd choice. Not much there visually to use either, so curious how they’ll pull this one off. 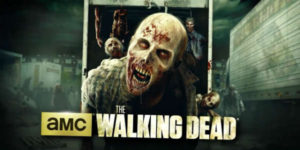 The Walking Dead
While I’m sure many people would be happy to see The Walking Dead not return at HHN, it’s consistently popular for them, and, well, the highest rated show on television, so they’d be silly not to bring it back. But I’m on the side of “meh” with it coming back to HHN.

I love that we’re getting all original content in the scare zones this year, and particularly psyched for one of them to be themed to the icon, Chance. Dead Man’s Wharf looks like it’ll have some interesting visual aspects, based on the concept art above. Banshee’s Lair looks to speak right to my heart with a strong Celtic, Halloween vibe.

Bill and Ted is an HHN tradition. Some years are more successful than others, but I can’t imagine HHN without it. As for Academy of Villains, not much information has been revealed. Academy of Villains is a horror infused troupe based in California (official site), but is Chance in the show? 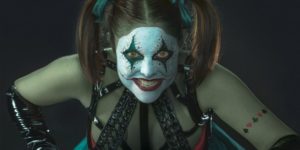 We will be at HHN opening weekend! Let us know if you’ll be there and make sure to say hi!

For all of our HHN coverage, check out the PAULOWEEN section of our site!