Justice League is due out November 17, and we here at IoMGeek cannot be more excited to see the first big screen putting featuring DC’s trinity teaming up with Flash, Cyborg, and Aquaman. But anyone who’s watched our YouTube channel before knows that, just as much as we’re looking forward to the movie….we can’t wait for the merchandise!

As it turns out, we should start seeing merchandise on store shelves as early as August, and all through the end of the year. Some merchandise images have already been released, officially and unofficially, so we figured we’d take a look at some now to help you (and us) start saving up!

First up, DC has released a brief preview showing a Wonder Woman action figure from Mattel, the first unveiled from the Justice League line due out August 12th in stores. From the looks of it, this appears to be from the basic line of action figures, rather than the DC Multiverse line of more detailed (and more expensive) figures.

Also on August 12th, Funko will be releasing the first wave of Pops for the movie, featuring the entire league – Batman, Wonder Woman, Flash, Aquaman, Cyborg…and Superman, seemingly a spoiler for anyone not paying attention.

Likely in time for the movie (though no official release date has been announced other than Fall 2017), DC Collectibles will be releasing a line of higher end statues featuring each member of the league. These statues will retail at around $150 each.

Finally, theaters in the UK will see some awesome tie-ins, including popcorn buckets, water bottles, soft drinks cups, and so much more. Expect US theaters to have similar promotional items leading up to the release and, if Wonder Woman is any indication, look for Regal to have a line of 3D glasses (though nothing official has been announced as of yet for that). 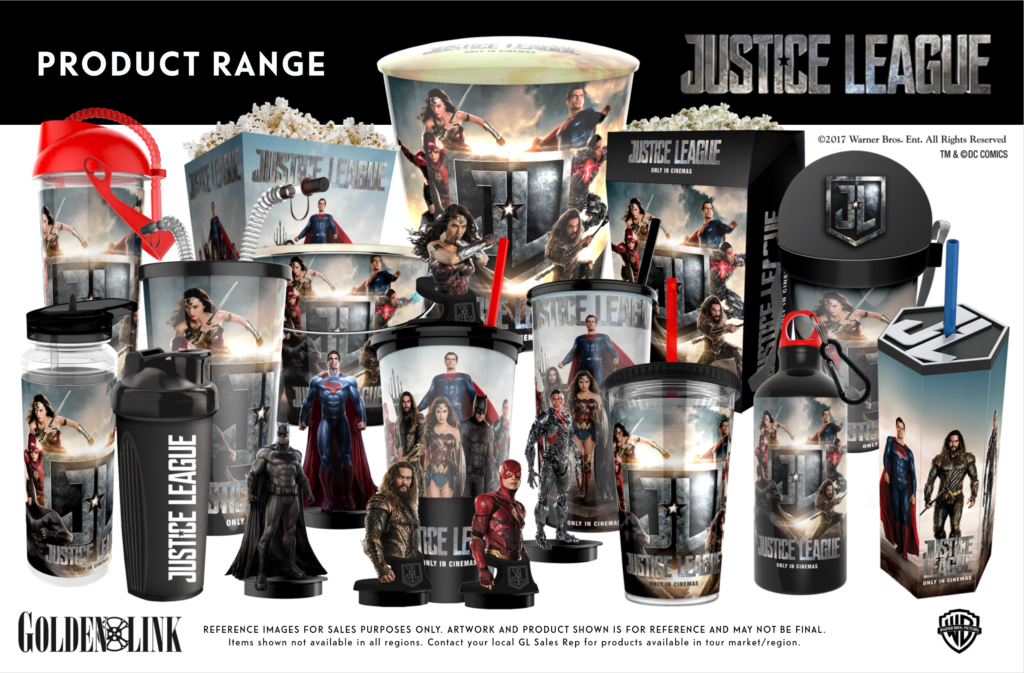 Going a little more spoilery, a look at some Lego sets has popped up online as well, including what appear to be three key sequences, the Knightcrawler Tunnel Attack (as seen in the trailer), Battle of Atlantis, and a set that features both major villain Steppenwolf and Superman! (images originally from the link above)

What merchandise are you most looking for when Justice League hits theaters! Comment below!