Steven Universe is the coming-of-age story of a boy named Steven Universe and the “Crystal Gems”, a team of magical alien guardians who protect the Earth. Every episode finds Steven, Garnet, Amethyst and Pearl in one incredible adventure after the next, protecting the planet and always finding a way to save the day. 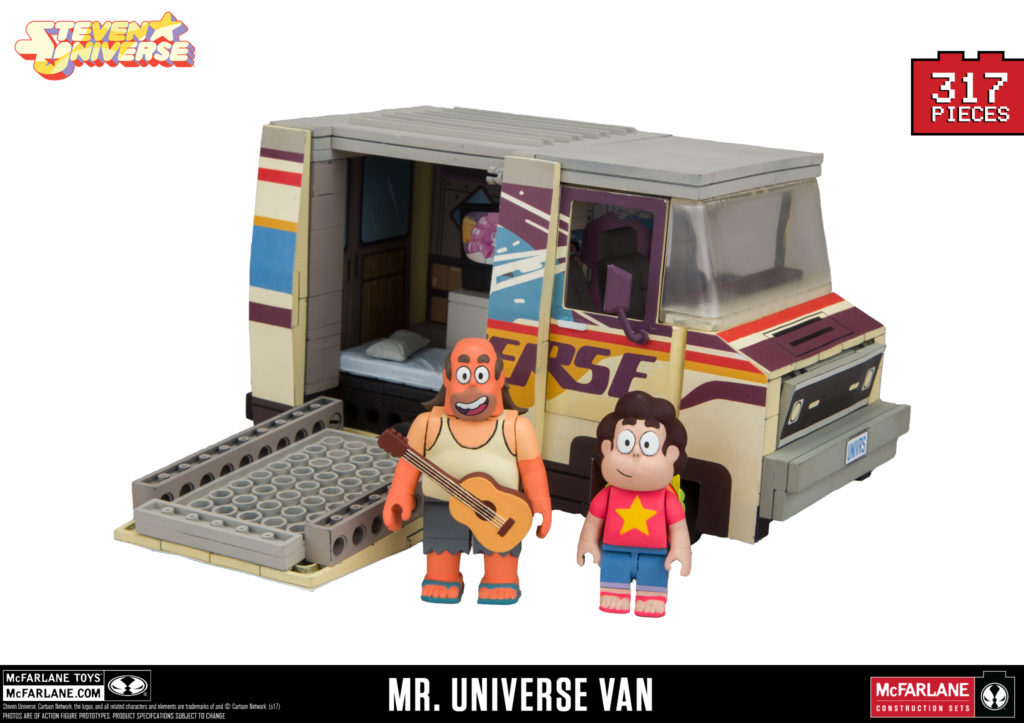 The first wave of Steven Universe Construction Sets from McFarlane Toys includes 6 different Construction Sets depicting iconic scenes and characters from the show. Figures included in each set feature articulation in the main joins and have swappable limbs for customization! McFarlane bricks and figures are compatible with other construction brands. Prices range from $8.99 – $34.99. Available at Walmart.