Halloween Horror Nights 27 is getting ready to start on September 15, 2017, at Universal Studios Orlando, and now that everything has been officially unveiled, we here at IoMGeek can tell you our thoughts on the scare zones, the houses, the shows, the merchandise, and more!

We’re super excited about Festival of the Deadliest, because not only is it a scarezone, it’s the theme of the event, as you can see from the merchandise and the promotional materials. The concept art that UO has released looks crazy awesome. Super excited about this one.

Trick ‘r Treat, based on the popular Halloween movie, is going to be in the Central Park area of UO, and looks amazing based on pictures I’ve seen online. Really excited about this one for all that classic Halloween imagery.

In addition, it looks like we’re going to get some classic alien imagery, set in “a time decades ago,” in the San Francisco area of the park, in Invasion, where a crash landed UFO and aliens will roam and do experiments on humans.

In addition, The Purge will be returning to the streets of New York at UO. I’m not terribly excited about this because it seems repetitive of the scarezone from a couple of years ago, but I know a lot of people loved that scarezone and are looking forward to seeing it return.

And I know a lot of people are looking forward to Altars of Horror, which, for the first time, will feature characters from inside the houses, perhaps even the IP houses, outside in the streets, allowing visitors to take pictures with them, something you can’t do inside the houses. 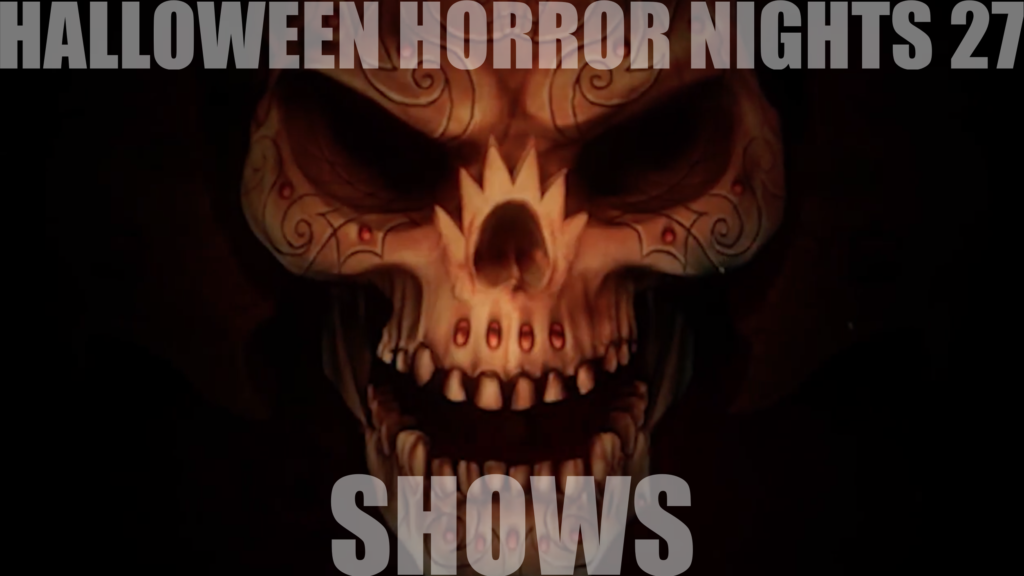 I haven’t been the biggest Bill and Ted’s Excellent Halloween Adventure fan for the last couple of years, but it has been funny in the past and I am looking forward to seeing it this year because it has been announced that this is the last year for the show. So hopefully they’ll pull out all the stops.

However, even more exciting for me is the return of Academy of Villains, coming back this year with a brand new show. Really enjoyed them last year – tons of great music, awesome dancing, special effects…really looking forward to seeing it. If you missed it last year, or are wondering if it’s something you should skip this year…do not skip it. It’s absolutely incredible, and you’re going to want to watch it more than once. 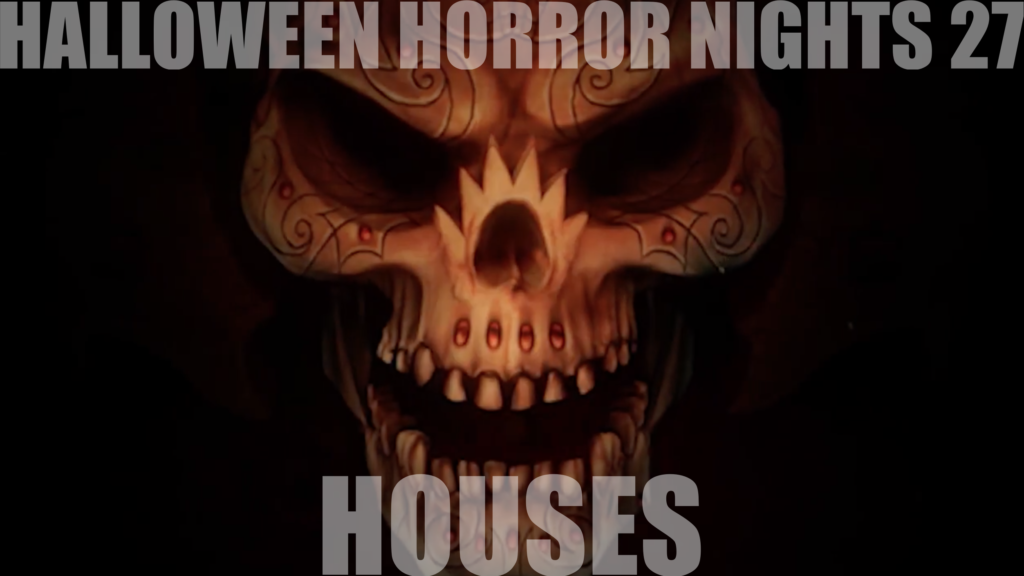 Last year, I hadn’t seen any episodes of American Horror Story, so I didn’t really get the house. This year, now that I’ve caught up and seen a couple of seasons, including Roanoke, which is included in this year’s event, I’m actually kind of excited about this house. I like Coven, Asylum, and Roanoke. Seems like it’ll be different enough from last year’s to not feel repetitive.

And after years of speculation, finally The Shining, based on Stanley Kubrick’s adaptation of Stephen King’s novel, is coming to HHN. Tons of cool images that could really come across well in a house. I don’t know exactly how it’s going to work out, especially since we don’t see any Jack Nicholson in the promotion, perhaps a rights issue. But if it’s done right, this could be a spectuacular house.

Once house that could be fun, and funny, is Ash vs. Evil Dead, based on the popular show on STARZ. Love the Evil Dead movies, love Army of Darkness, and enjoy the TV show as well. It has different monsters than we saw in the last Evil Dead house. They show the puppet in the commercial – perhaps we’ll get Puppet Ash? Looking forward to this one.

It’s funny, I didn’t like any of the Saw movies (not even the original), but the last time that UO featured Saw as a property, I enjoyed the house quite a bit. I thought it was a standout that year, with cool images and interactive elements, so I’m hoping that this year, bringing Saw back will be something I enjoy.

Perhaps one of the houses I’m most excited about is The Horrors of Blumhouse, based on the popular production company behind movies like Sinister, Insidious, The Purge, and Happy Death Day. One cool thing about this house is it is said to feature scenes from Insidious 4, which isn’t due out until 2018.

The original property houses include Scarecrow: The Reaping, set in an old, abandoned farmhouse haunted by scarecrows. Looking really forward to the tall scarecrows in this house. I think this one is going to be really scary. We’re also going to get The Fallen, which will be a house in an ornate cathedral featuring winged creatures against mortals. Also, Dead Waters will be a voodoo themed house similar to the voodoo scarezone from a couple of years ago and will also feature the Voodoo Queen. They shows some images from this in USAToday and it looks really elaborate. And finally, Hive, which is set in the 1980’s, and will feature Nosferatu-like vampires. 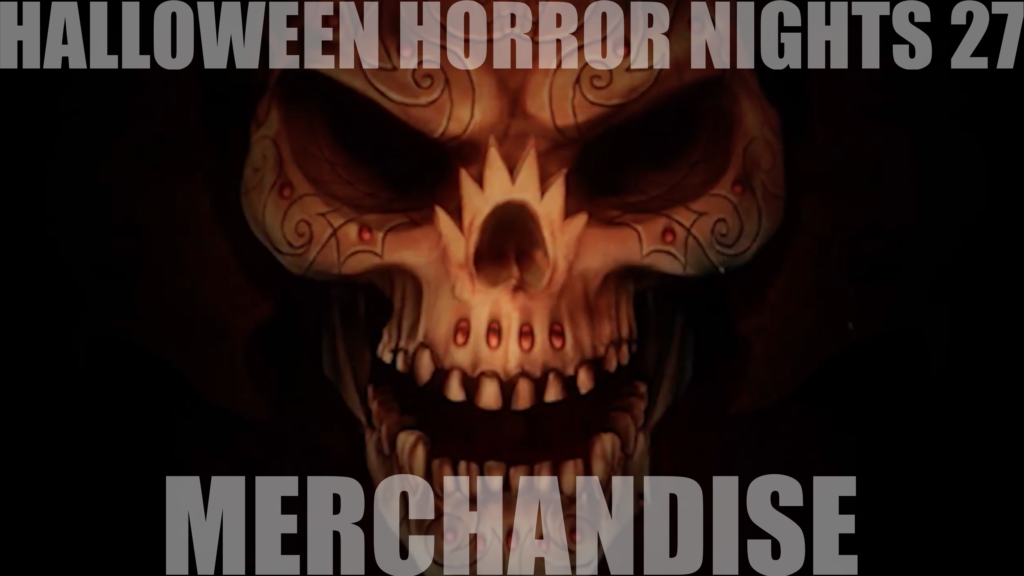 While most folks are having mixed reactions to the merchandise, I like some of it. I like the socks and the wallet. It doesn’t scream HHN to me yet, but it is themed to Festival of the Deadliest, the theme of this year’s event. 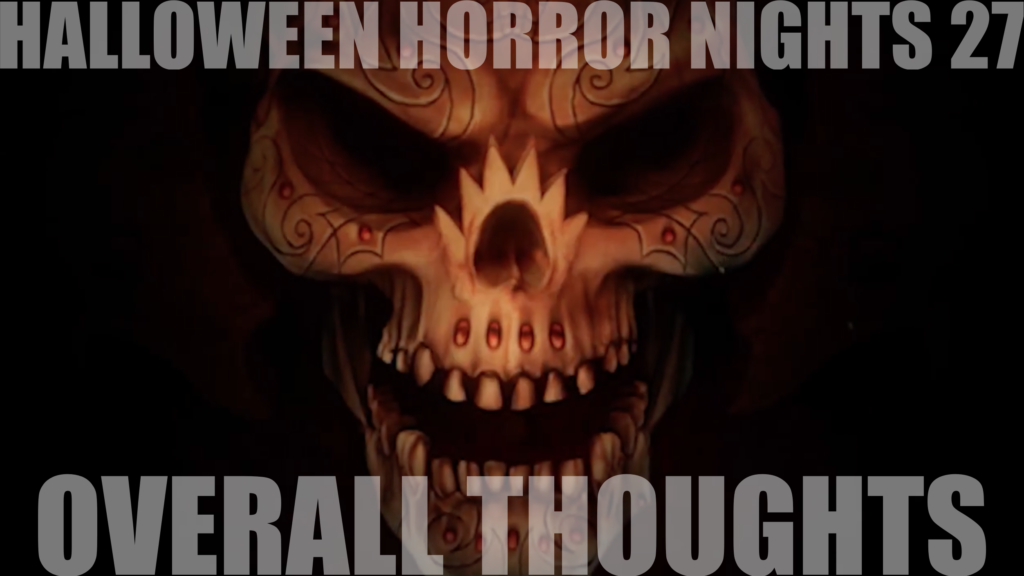 Originally, the long wait times between announcements and the lack of an icon kind of hurt my excitement for HHN27. However, now that everything’s been released, I am excited about a lot more than I originally anticipated. The original houses, some of the IP’s, the scarezones – I’m starting to get really excited.

What do you guys think? Talkback below or via our YouTube channel!