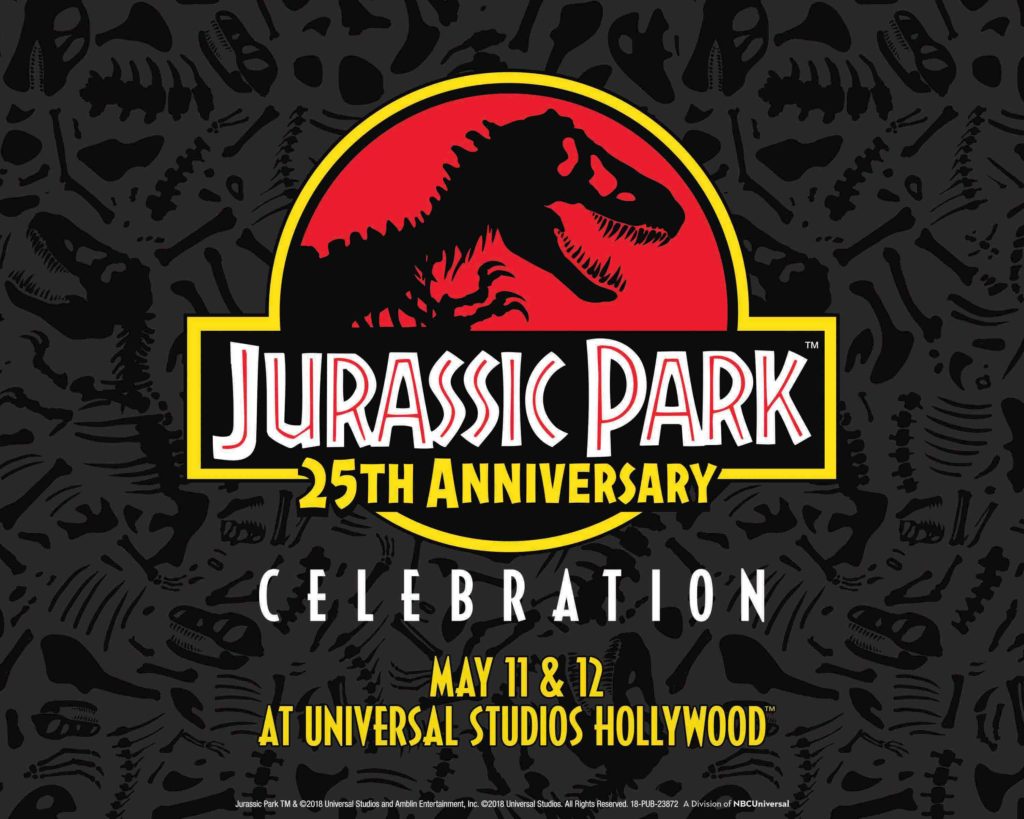 Click Here for a Sneak Peek at the Exclusive Fan Event

Universal City, CA, April 5, 2018 – On Friday, May 11 and Saturday, May 12, the Jurassic Park 25th Anniversary Celebration will roar to life at Universal Studios Hollywood, and guests are invited to be a part of this exclusive event in honor of the blockbuster action-adventure that brought dinosaurs out of extinction a quarter century ago.

This first-ever themed Jurassic Park 25th Anniversary Celebration, created in partnership with Universal Pictures and Amblin Entertainment, is a separately ticketed event.  Space is limited and tickets, which can be purchased here, will sell out.

The remainder of the event, which includes exclusive after-hours access, will take place within Universal Studios Hollywood, adjacent to the theme park’s thrilling “Jurassic Park—The Ride.”

Guests will receive a special commemorative lanyard and unlimited access to all things Jurassic, from the acclaimed theme park ride, to original props, including the Gyrosphere as seen in the record-breaking Jurassic World, original dinosaur maquettes, costume displays and an interactive expo area.  Live entertainment, themed food and merchandise will also be available to complement the event.

Unique to the Jurassic Park 25th Anniversary Celebration event, guests will be invited to dress up as their favorite character from the franchise. Please visit www.universalstudioshollywood.com/JP25 for costume guidelines requirements.