So after a couple of weeks off for the holidays, I’m back and ready to tackle the new year.  To start off the year, we’re going to take a look back at the last year and pick out the best and worst of comics that have left an impression on me in some way shape or form.  The fun part is always remembering, did this happen this year?  So now, in no particular order, here are my picks for the best, worst, and funniest of 2015.  And while it isn’t everything that happened, it’s the books and character that I believe deserve a mention.

“What do you mean we’re stationed in North Dakota?” – Speedball and the Warriors.

This started out so strong.  It was poised to be one of the best events of the year and then got saddled with so many delays it will now be finishing four months after its original end date.  And has become meaningless thanks to the “All-New, All-Different” Marvel Universe.  Not only do we know the fates of a majority of the characters, we also know what happens to the 616 and the rest of the multiverse.  In fact there’s only four characters we don’t know the fate of: Reed and Sue Richards and their children.  And you know what?  I can tell you right now they are fine and the Fantastic Four will be back before the end of 2016.

This was one of the best events of the year and was an excellent guideline for how to do future events.  A solid story in each book, no ridiculous and pointless tie ins, and on-time.  Each book was a masterpiece in it’s own right with superb art and story.  And there was even experimentation as Mr. Morrison tried new ways of telling individual stories.  I think it will eventually be looked back in the same way as other classic books.  If you didn’t read this series, pick up the collection that just came out.  You’ll thank me later.

While this wasn’t bad, it was a cash grab – playing on our nostalgia for years and characters gone by to draw us into a crossover event is a cash grab.  It promised us a last story with those characters, and while it delivered in some cases, it missed on many more.  There were definitely moments to enjoy in this event and the main series got better by the end, but it was still a cash grab. While I haven’t liked everything to come out of the “All-New, All-Different”, I will say it has probably been the most successful relaunch since DC’s One Year Later.  All of the characters got new status quos, there’s a couple of interesting mysteries floating out there, and there are even new and old characters that have been given a chance to shine. 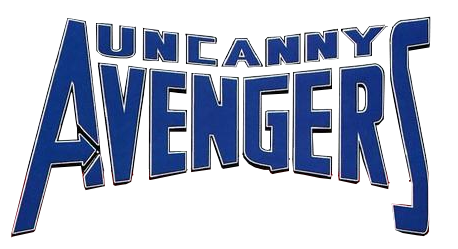 Dear God – could there be any two books that have wasted the potential of their ideas any worst then these books?  Earth 2 took the great Justice Society and flushed it down the toilet with its insane concept, bad art, and terrible writing, leaving nothing but a husk of it’s former greatness.  What’s sad is there are still interesting concepts there, but they have gotten lost in noise.  Meanwhile, we’re already on Volume 3 of the Uncanny Avengers and it’s still not the team it should be.  In general we’re looking at the C list of characters in what should be the flagship of the Marvel Universe.  This should have the A List of known characters to draw it in – not characters like Brother Voodoo.  The result for both books is a tired, badly constructed mess.

I am really enjoying this volume of Iron Man so far – even if it is leading to Civil War II.  It bests an Iron Man very similar to the one that is in the movies without pushing the concept too far.  It’s an Iron Man I enjoyed reading again and I’m glad for it.  Though to be honest, almost anything would have been better than the so-called Superior Iron Man.

You remember what I said up above?  Yeah.  Pretty much applies here too.  It not only killed it’s own momentum with the countless delays, it killed the momentum of the Marvel Universe since it force all of them to take 8 months off then come back before the story was finished.  Can’t get much worse than that.

While I have been enjoying the recent run of the de-powered Superman in Action Comics and Superman, nothing is better than having my Superman and Lois Lane back.  The commanding presence, the confidence, and the surety of the character is  a joy to be reading again.  There are still questions to be answered – if the Kents have really been here for 5 years, where was this Superman during everything that happened?  I’m also enjoying seeing Jonathan develop as the story processes, though I’m still unclear why they have to keep him in the dark.  By the way, if you haven’t figured it out – he’s developing more powers than his father.

Ripped Spandex
Biggest Push to Get Me to Care

Marvel is pushing so hard with this group it hurts sometimes.  They’ve tried adding drama, tension with the other groups in the 616, even dropping Attilan in middle of New York.  I keep expecting them to make all of the X-Men Inhumans – don’t believe they wouldn’t try?  Look at what they did to Cyclops.  I really wish Fox would give them back the movie license just so I could stop having them shove down my throat.

I will say immediately upfront – these aren’t the best on-goings out there.  There are obviously better on-goings being published.  But these are the ones that I have a blast reading.  Every time they come out I move them to the top of pile, kick up my feet, and start reading.  These characters have always deserved a chance at greatness – it’s nice to see them finally getting one.

Dear God.  Why?  Who asked for these?  Seriously?  I want to meet them so I can slap them.  These are pointless series that should be buried and forgotten as soon as possible.

Right now, Geoff Johns is firing on all cylinders as he brings us the best Justice League story in years.  Even with a cast as big as the League, Johns still finds time to do great character moments.  He keeps you guessing and is exploring ideas that you never knew you wanted.  And Jason Fabok is bringing his “A” game to the art.  If you’re not reading this, you should be.  This is the best Justice League since Grant Morrison’s JLA.

Well, that’s it for me folks – see you next week with brand new reviews in the brand new year!