We were just notified today that if you want tickets for Universal Studios Hollywood, today’s the day! They’re now on sale. Check out full information on the event below!

All-New After 2 p.m. Day/Night Combo Ticket Invites Guests to Play by Day then Stay and Scream by Night

Universal City, CA, August 17, 2016 – Universal Studios Hollywood announces that tickets are now on sale for “Halloween Horror Nights” at Universal Studios HollywoodSM, including a newly introduced After 2 p.m. Day/Night Combo ticket inviting guests to experience the theme park’s most exciting attractions by day and remain for the terror that awaits at “Halloween Horror Nights,” which kicks off Friday, September 16, 2016.

Tickets to this year’s event are available for purchase at www.HalloweenHorrorNights.com/Hollywood, including the Frequent Fear Pass which allows guests to visit multiple times throughout the event.  Guests purchasing the all-new After 2 p.m. Day/Night Combo ticket can enjoy the park’s popular daytime attractions such as “The Wizarding World of Harry Potter™,” “Despicable Me Minion Mayhem” and “Fast and Furious—Supercharged” on the world-famous Studio Tour by day, then step into the mazes and attractions located throughout the park to experience the terror of “Halloween Horror Nights” for one admission price.

“Halloween Horror Nights” guests can also purchase the popular Front of Line ticket, enabling them to enjoy one-time priority access to all the mazes, attractions, all-new Terror Tram, and the special hip hop dance performances by the returning Jabbawockeez.

Advance purchase for all tickets is recommended as event nights will sell out.

“Halloween Horror Nights” brings together the sickest minds in horror to immerse guests in a living, breathing, three-dimensional world of terror inspired by TV and film’s most compelling horror properties. This year’s all-new terrifying line-up includes: 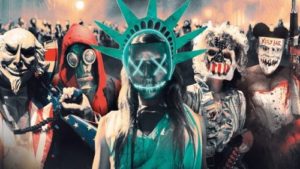 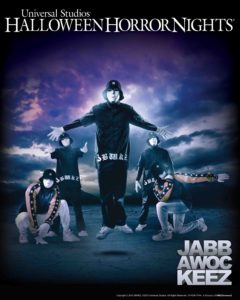