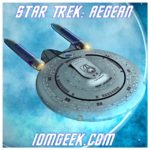 In our fourth sandbox episode, we flesh out the crew with non-player characters, discuss a bit more about cool-things-we-want-in-the-game and end with some character mechanics.

Give us a call at 972-763-5903 and leave us your feedback. If we use your voicemail, you’ll win an Ideology of Madness SurPrize.