In and old-school style episode and in keeping with the holiday season, Aron and Paulie are left home alone together to jump into the CW’s CRISIS ON INFINITE EARTHS.  Plus, the week’s comics including SUPERMAN, Annihilation Scourge and 2099. 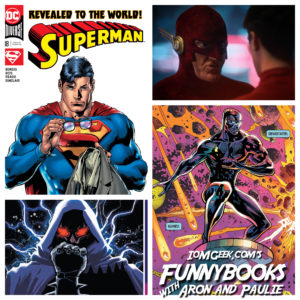